Duluth, Minnesota - Most freshman playing at a Division I hockey school, like the University of Minnesota Duluth, are normally just worried about getting ice time and contributing when called upon.

They never dream of stepping right and leading a team in scoring, or being put on the top line.

For Eden native Alex Iafallo his dream is becoming a reality as he leads the Bulldogs in scoring (19 points), and tied for first in goals with 10.

But, success is something that Iafallo has seen a lot of during his hockey career. So, stepping into the role he has at Minnesota Duluth was not unexpected. He knew with hard work and determination, he could contribute right away. And that is exactly what he has done.

'I knew I would have success if I came to the rink every day with a positive attitude and expecting to work hard,' he said recently from Duluth, Minnesota. 'Being a freshman and learning from the older guys on the team of the hard work and tradition from past years motivated myself and the other freshman.'

Just like a lot of freshmen, the learning curve has been steep at times. The speed of the game is faster. The shots are faster and the body checks hurt just a little more. Every freshman goes through a rough patch. It's how you get out of the patch mentally, which defines you as a player.

'Essentially hockey is the same game throughout all levels, it just gets elevated as you go higher,' stated Iafallo. 'Therefore, I knew I had to pick up my game and work on all aspects.'

Duluth... Read the rest of this article in College Sports 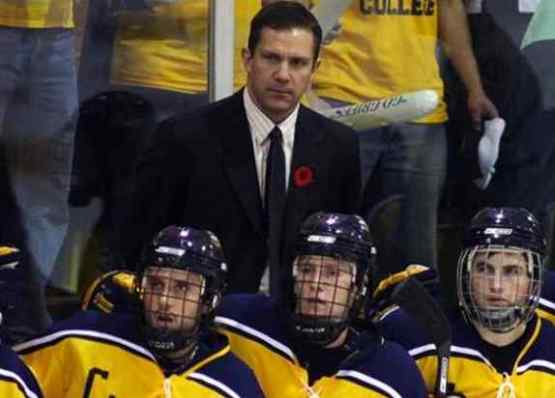 BUFFALO - The Canisius College hockey team rallied from a two-goal third-period deficit for a 5-4 victory against Sacred Heart on Sunday afternoon. The...

Buffalo State swimming rolls through first meet of the year