Trump makes no promise to run for governor during Buffalo visit

LANCASTER- Known as a real-estate tycoon, bestselling author, star of a successful reality show, and international philanthropist'what's next for Donald J. Trump?

Trump arrived in Buffalo Friday, Jan. 31, to speak at the Erie County Republican Committee's Lincoln Leadership Reception held at Salvatore's Italian Gardens, in Depew. With more than 600 people in attendance, Trump's appearance made the reception the largest the committee has ever held, said Republican Committee Chairman Nicholas A. Langworthy.

Before making his way inside, Trump was greeted by a rally of people, who believe Trump should campaign and serve as the next New York State governor.

'It's a welcoming rally for governor-to-be Trump, we hope,' said Rus Thompson, spokesperson for Team New York. 'Basically, the whole reason why we are out here is we are trying to help convince Donald Trump to get in this race to run for governor. We really feel he is the only one that can beat Cuomo and he's got the name recognition and the wherewithal, and the ability to be able to beat Cuomo.'

Thompson explained the economy is an absolute disaster and a recent report stated New York is the highest taxed state in the entire country.

'We have the most dysfunctional legislature and Cuomo promised to clean things up,' said Thompson. 'Everything he promises to do, he has failed at.'

Also, joining the 'welcoming committee' were members of Shooters Committee on Political Education (SCOPE),... Read the rest of this article in News 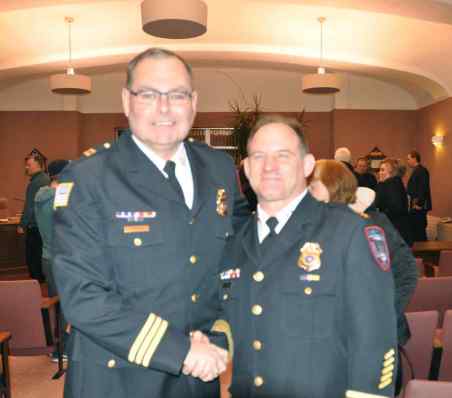 Beginning his 27th year in the Cheektowaga Police Department, James Speyer Jr., was named the department's assistant chief of police at the recent Cheektowaga...

Cheektowaga police blotter for the week of Friday, Feb. 7

Trump makes no promise to run for governor during Buffalo visit