Headline: Getting Ready or Getting Ripped Off?

If your senior composition teacher is slapping big, fat A’s on the top of all the essays you are writing but your dad, who minored in Journalism, is looking over your shoulder at each paper, shaking his head and rubbing his forehead, you might want to muster a modicum of concern for your college career. Of all the truisms that exist in the world, “You won’t have to write all that much in college” is not one of them . You will – a lot.


Colleges, universities and writing are three peas in a pod, and incoming freshmen and even more experienced sophomores, who can’t write well, can easily and quickly die on the academic vine. While test taking, project engagement and research are also vital skills necessary to achieve success at the collegiate level, writing remains paramount. But no worries, right? Secondary school, pre-collegiate teachers know this and prepare their students thoroughly to be able to write at the next level – right?


Perhaps that last statement is, well, not so right. There is growing concern among college and university professors, students in their freshman and sophomore years at the collegiate level, textbook writers and parents that high school students are not getting the true message about and adequate preparation for writing in college. A recent survey published by Achieve, Inc. (Washington, D.C.) noted that college instructors believe that 42 percent of incoming students are not prepared well enough by their high school education to succeed in college. It appears to be, in some part, a matter of expectations College freshmen and sophomores who faced high expectations from their high school teachers and curriculum, tend to handle the academic challenges of college better than their counterparts who were presented with low expectation.


Generalities aside, however, what is the specific problem with writing ability? College and university professors state that they are teaching freshmen and sophomores whose writing is undesirable in a variety of ways. Some have trouble communicating their ideas clearly, especially when the skill of argumentation is required. Others have difficulty with the background research and discovering primary sources as part of the pre-writing process. Some students have not been adequately equipped with the basics of grammatical function, spelling and sentence patterns. The most desperate group of would-be writers is those who can’t get off the starting block. They cannot create a plan to launch a paper and then bring it to a successful conclusion, which is tantamount to writer’s block before even one word has found life on a computer screen.


So, where is the breakdown? A study conducted by George Washington University found that college freshmen reported never having been taught to write a paper in which the synthesis of information was emphasized, never having been taught to critique an opinion or argument, never having been taught how to arrive at a solution to a problem in written format or how to revise a writing draft. That would be the one-and-done theory of writing. Results of another study from The Chronicle of Higher Education revealed that sixty-one percent of high school writing teachers have never required their students to produce a paper longer than five pages. One can only suppose that an assignment of eight pages mandated early in Freshman Composition class would send them into a frenzy of anxiety.

In answer to the dilemma of poor student writers, some colleges and universities have convened committees to search for reasons for the dilemma and solutions to it, as well. One faculty committee proposed that its school’s English 101 course be revised into an introduction to academic writing course. Sad, that writing skill which should have been purveyed in high school must now be covered in college, though it remains that something needs to be done. According to the Washington Post, as far back as 2012, a national writing test resulted in data revealing that only twenty-four percent of high school seniors were adept writers and only three percent could be considered as advanced writers. Each year since has not seen a dramatic improvement in such data. The current Common Core standard requiring that high school students be able to “use appropriate and varied transitions and syntax to link the major section of the text, create cohesion, and clarify the relationships among complex ideas and concepts”(www.HelpTeaching.com) is lofty, indeed. Most college professors nowadays might be happy with students who can write a five-page paper without run-on sentences, sentence fragments or multiple miss-spellings.


In the continuing search for a solution, one professor has suggested small-group, dialogue workshops in communities where colleges and universities exist and have, or can readily develop, a relationship with the surrounding community. He felt that it was not prudent to demonize high school teachers without at least listening to the challenges they face daily in both public and private secondary schools. He also felt that professors and textbook writers might have valuable input into streamlining their expectations for college-level writers into the fiber of high school writing and English curricula. Also, he suggested that parents should be invited to join such a workshop and thought that interested parents of both high school teachers and college freshmen and sophomores should be identified and included. Finally, he would include several college students, themselves, into the mix to offer their input on any discrepancies between the writing preparation they received in high school and the challenges and expectations in producing writing assignments they incurred in college. The goal of this dialogue group would be to identify the gap between theory and practice and seek practical, applicable ways to bridge the gap. The best care scenario is that if such an effort were successful in one community, it might spark a trend in multiple communities. It certainly seems a plausible response to a serious dearth of competent writers at the college and university level.


Hannah Murphy, an Oregon native and talented journalist with over 200 magazine credits since 2010 alone, felt a personal affinity for the subject of this article. She has been focusing on educational issues for several years in her writing because of a strong, personal belief that education is vital to the continued stability and growth of society. 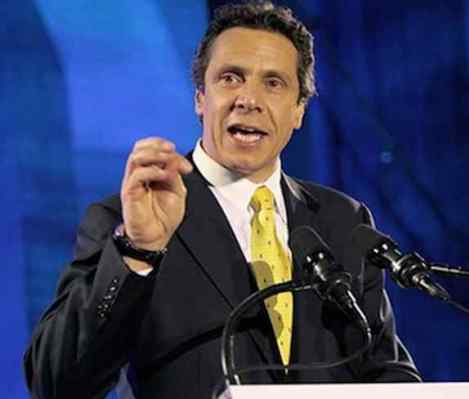